The long-famous Antoine’s restaurant in New Orleans is credited with inventing Pompano en Papillote, created in honor of a celebrated balloonist who was visiting the city. 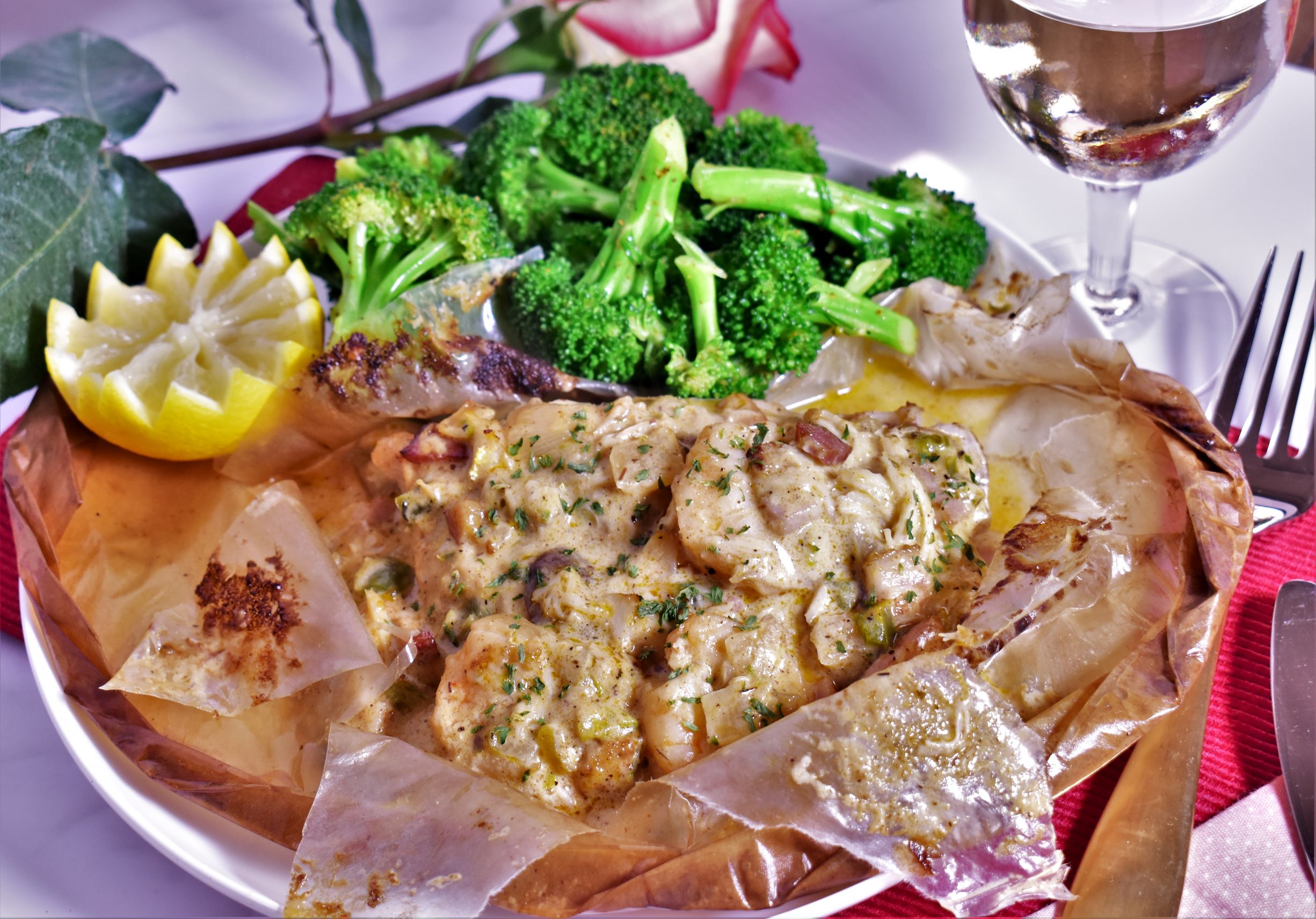 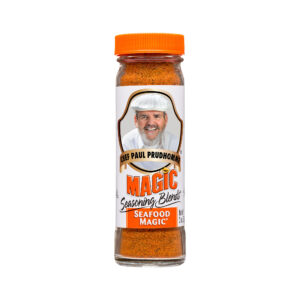 Combine the first two ingredients in a small bowl to make the Seasoning Mix. Makes 5 tablespoons plus 2¼ teaspoons.

Make 6 hearts out of parchment paper: Cut 6 sheets of paper 18 inches square and fold them in half. Cut out the shape of a heart half in each, and open up to hearts measuring 18 inches across the widest part and 13 inches from the top "V" to the bottom point. Set aside.

Melt 6 tablespoons of the butter in an 8-inch skillet over high heat. When the butter sizzles, add the flour and 1 teaspoon of the Seasoning Mix and cook, whisking constantly with a wire whisk, until thick and thoroughly blended into a roux, about 1 minute. Remove from the heat.

Preheat the oven to 450ºF. Melt the remaining butter in a small pan. Remove from the heat.

Brush each paper heart with some of the melted butter and place a fish fillet on one half of each heart. Brush the fish with butter and sprinkle each fillet with ½ teaspoon of the Seasoning Mix. Spoon 1 cup of the stuffing over each fillet. Fold over the hearts, twist the edges to seal tightly and completely, and brush the outside of each package with the melted butter. Place on a baking sheet and bake until the paper is puffed and lightly browned, about 15 minutes.

Use scissors to cut a large "X" in the top of the parchment hearts, fold back the paper, and serve immediately.