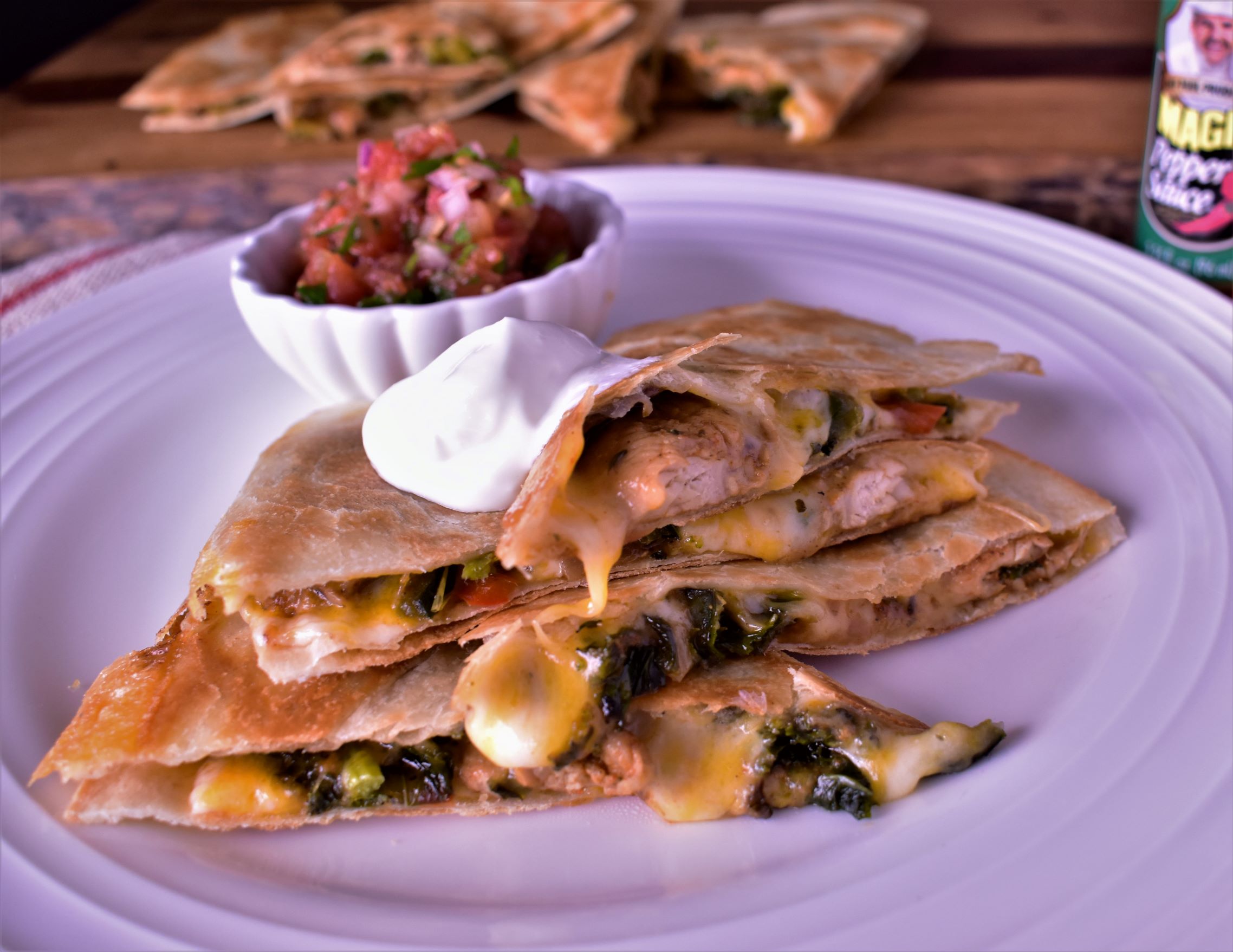 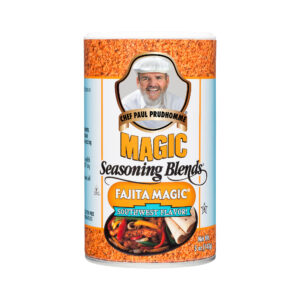 Season the turkey breasts with 4 teaspoons of the Fajita Magic®. Heat 2 teaspoons of the oil in a large nonstick skillet over high heat. When the oil is hot, add the turkey and cook, browning both sides, until cooked through; about 4 minutes. Remove the turkey from the skillet, leaving the oil behind, and add the onions, bell peppers and poblanos. Cook until the onions are just stating to brown. Add the broccoli, kale, chicken stock, and the rest of the Fajita Magic® and bring to a boil. Cook until almost all of the liquid has evaporated. Remove from heat.

Mix the 2 cheeses together and set aside until you are ready to make the quesadillas. To make the quesadillas, heat 1 teaspoon of oil in a large nonstick skillet over medium heat. Add a flour tortilla to the pan. Place ¾ cup of the mixed cheeses on the tortilla, then ¾ cup of the turkey and vegetable mixture, then another ¾ cup of the cheese mixture, and finally top with another tortilla. Cook until the bottom tortilla is browned, and the cheese is melty. Place a large plate, upside down, on top of the quesadilla and, holding the plate with one hand, flip the pan with the other so the quesadilla flips easily and stays together. Put the quesadilla back into the pan, uncooked side down, and cook until that side is browned. Slide quesadilla onto cutting board and let cool for a few minutes. Cook the other 2 quesadillas using the same method. Before serving, cut each quesadilla in half, then cut the halves into quarters (one serving is 4 pieces).

Grilled Corn on the Cob