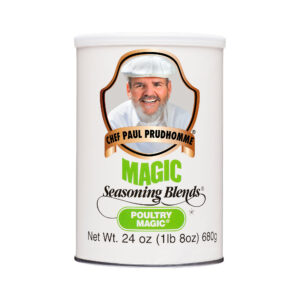 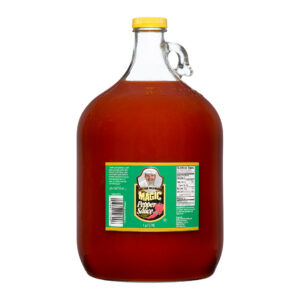 Process the eggs and milk together in a blender at medium speed until fully combined, about 20 seconds. Set aside.

Spread the crumbled Cornbread on a sheet pan and bake in a 300°F oven until the crumbs are dry and a touch of brown is showing on the larger pieces, about 30 minutes.

In a 5-quart pot, melt 6 tablespoons of butter together with the bay leaves. Add the onions. Cook, stirring frequently, until onions are beginning to brown on the edges, about 5 minutes. Add the bell peppers, celery, garlic, Poultry Magic® and Magic Pepper Sauce. Cook, stirring and scraping frequently, until the onions are beginning to brown and the celery and bell peppers are faded in color, about 4 minutes. Add the giblets. Stir until the giblets are fully cooked, but not browned, and the seasoning has a rich flavor, about 5 minutes. Add the remaining 4 tablespoons of butter and remove from the heat. Stir well until butter is melted. Remove bay leaves.

Put the baked crumbled cornbread in a large mixing bowl. Fold in the milk/egg mixture, then fold in the vegetable mixture until evenly mixed.