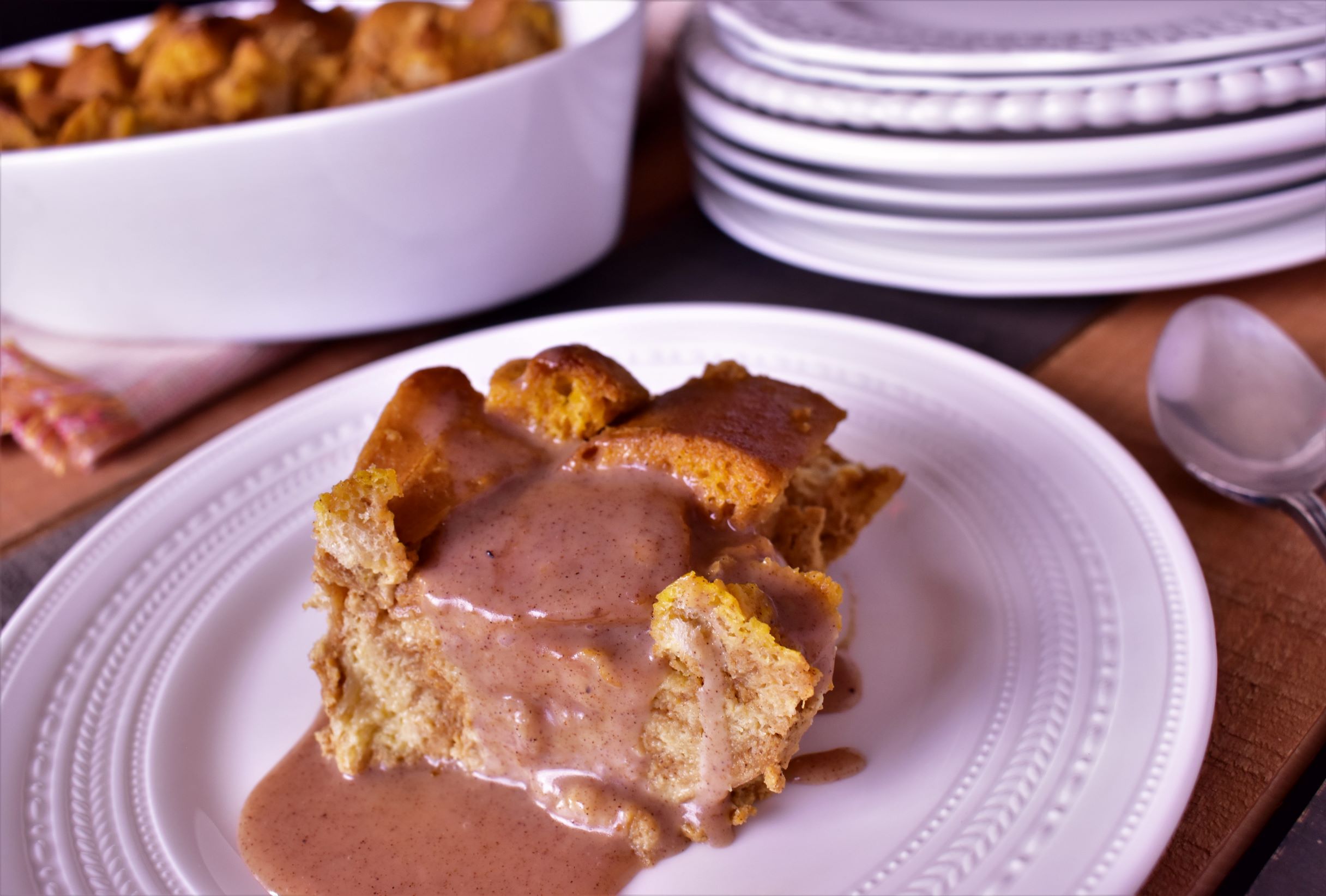 In a large bowl toss bread and butter together. Mix well, then add pumpkin mixture and toss to coat. Pour into an ungreased 8-inch baking dish. Bake until custard is set, about 25 to 30 minutes. Remove from oven and let cool slightly before serving with Vanilla Sauce.

VANILLA SAUCE:
While bread pudding is baking, add heavy cream, Sweetie Magic® and butter to a small pot over medium heat. Stir often, simmer for 12 to 15 minutes or until desired thickness. Remove from heat and stir in vanilla. Let cool and serve with Pumpkin Bread Pudding.