We’re using thin-sliced crispy potatoes for these tasty nachos! We made them a little spicy with our Magic Creole Seasoning – but we didn’t stop there! We topped them with our hot andouille sausage and Magic Pepper Sauce for a spicy snack that’s filling enough for dinner too! 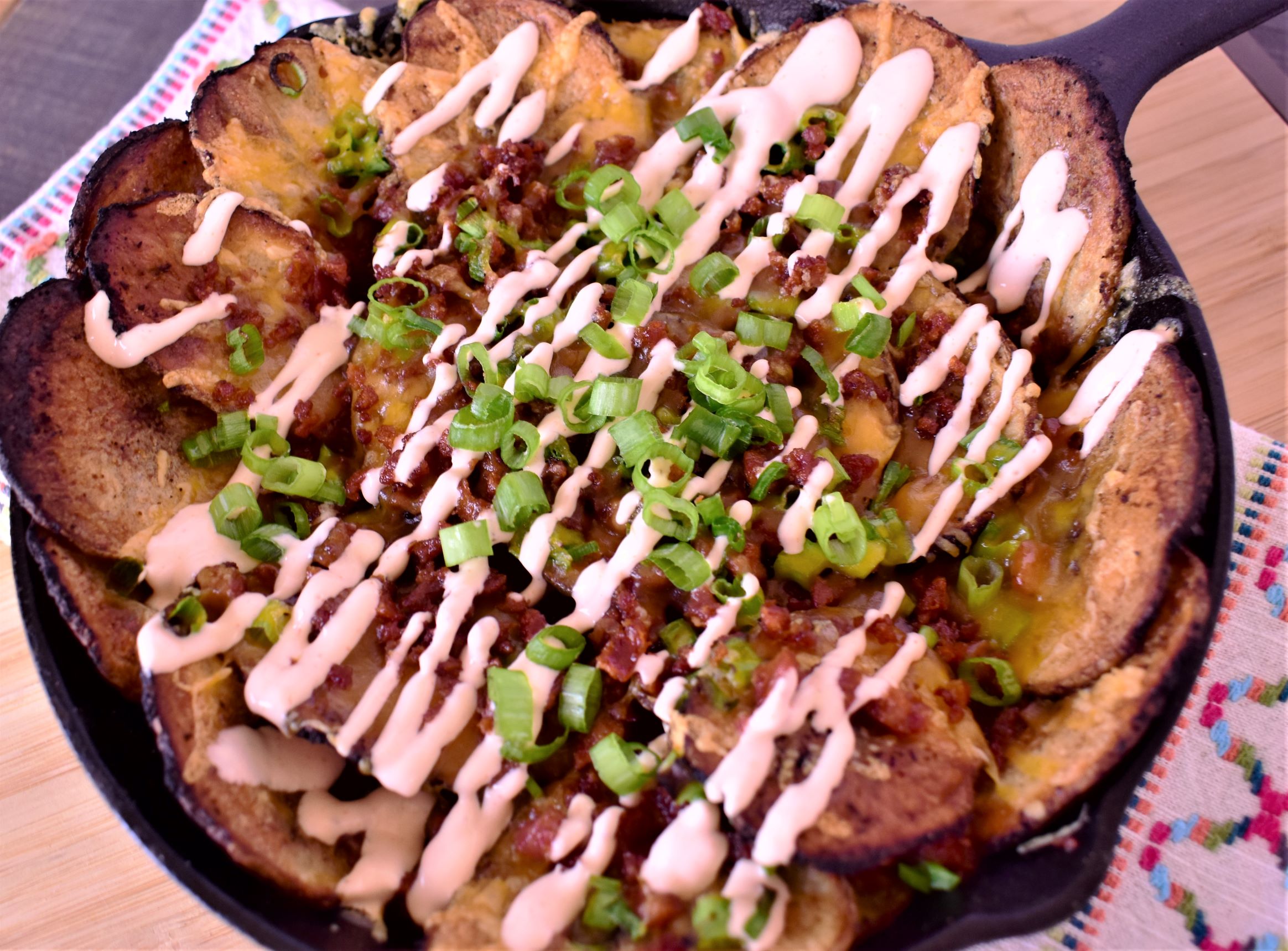 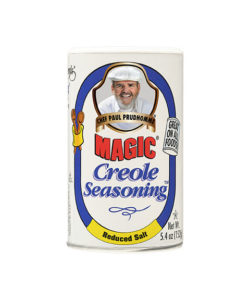 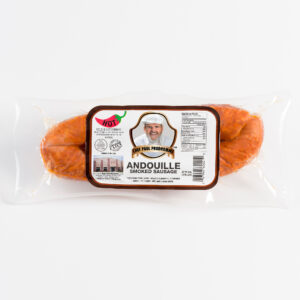 In a food processor, pulse the Andouille rounds until finely chopped. Add andouille crumbles to a skillet over medium high heat and sauté for 3 to 4 minutes, or until brown and crispy.

While potatoes are baking, whisk sour cream and Magic Pepper Sauce together in a small bowl and refrigerate until ready to use.

Set oven to broil and using a large cast iron skillet or clean baking sheet, lay potatoes in a single layer then top with half of shredded cheese, andouille crumbles, and green onions. Build additional layers of potatoes and toppings until all ingredients have been used up.

Bake for 2 to 3 minutes or until cheese has melted. Remove from the oven and drizzle with sour cream mixture before serving.